The cell bank is divided into three levels of management, namely the primary cell bank, the main cell bank, and the working cell bank. In some special cases, secondary management of cell seed and main cell bank can also be used, but it needs to be approved by the drug regulatory department of the State Council.

The pre-master cell bank, also known as the cell seed and the primary cell bank (PCB), develops from a primitive cell population into a population of stable cells, or is formed by clonal culture. The uniform cell population is validated by verification (see Table 1 and Table 2 for specific verification project requirements) for biological product production or verification. Under special conditions, a certain number of cell suspensions with uniform composition are evenly distributed in ampoules or suitable cell cryopreservation tubes, and frozen in liquid nitrogen, which is the original cell bank for establishing the main cell bank.

The master cell bank (MCB), the original cell bank cells are subcultured and then uniformly mixed into a batch, quantitatively packed, and stored in liquid nitrogen or below -130 °C. These cells must be fully tested according to their specific quality control requirements, and all qualified as the main cell bank for the establishment of a working cell bank. The quality standard of the main cell bank should be higher than the primary cell bank. The main cell bank of the production enterprise shall not exceed two cell generations at most.

Working Cell Bank (WCB), which is subcultured by the main cell bank to reach a certain level of cells, combined to form a batch of homogeneous cell suspension, quantitatively dispensed in a certain number of ampoules or suitable The cell is stored in a cryotube and stored in liquid nitrogen or below 130 ° C for use as a working cell bank. The level of passage of the cells during cryopreservation must ensure that the number of cells that are propagated after cell recovery is sufficient to produce a batch or a sub-batch. The level of passage after resuscitation shall not exceed the approved high-generation generation of the cell for production. The high-limit generation shall be determined according to the research results and shall not exceed the internationally recognized high-limit generation. The quality criteria for the working cell bank should be based on the quality criteria of the master cell bank. The working cell bank of the manufacturing company must be limited to one cell generation. 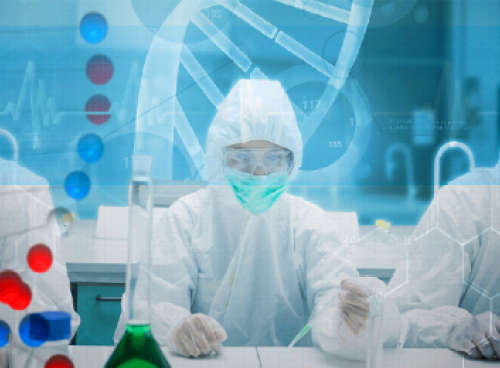 The number of original cell banks is calculated based on actual conditions, and each variety may be different. Need to consider the subsequent production, verification needs, preservation period, the number of tests, the frequency of re-examination, etc., how much the main cell bank and the working cell bank are frozen, according to your own needs, as long as the subsequent production and verification needs to be sufficient, That is to follow the "sufficient principle", it is also a waste. In general experience, the original cell bank freezes dozens of branches, such as 20, the main cell bank dozens, such as 50, the working cell bank one or two hundred, such as 50-200, enough to produce for decades.

The original cell bank, the main cell bank and the working cell bank should be obtained after separation or preparation under the Class A clean grade in the B-level background. During the database construction process, the operator must not simultaneously process different active or infectious materials in the same area. Such as viruses, cell lines, cell lines.

" " and "-" are mandatory and non-mandatory tests, and ( ) is a verification item required according to cell characteristics, passage history, culture process, etc.

Cells that detect the virus titer of live vaccine products should be tested.

For biological activity. Cells with potency or potency should be tested.

(1) Each cell bank should establish a separate account, record the placement location, container number, storage quantity and access records to ensure that the storage cells can be accurately found during storage.

(2) The survival rate of frozen cells must be above 90% (special cells are subject to specific conditions). The cryopreserved cells should be cultured at least once and serially passaged to the senescence stage to examine the cell growth at different passage levels.

(5) Under the supervision of the designated personnel, the approved personnel can perform the operation of the cell bank, and the cell bank should not be contacted without approval.
(6) Once the cells in the main cell bank and the working cell bank are stored, they must not be returned to the store for storage.

The normative aspects of cell bank establishment and management are still to be discussed. In the case of stricter GMP inspections, you can discuss your own experience and allow experts from the China Medical Biotechnology Association to establish a corporate cell bank. And management to conduct self-examination, making the management of each enterprise more standardized
0
WordPress Image Lightbox Plugin