A research published in the world-famous medical journal “The Lancet” showed that drinking alcohol is the biggest killer of men aged 15-49. China has the most alcohol-related deaths in the world, with around 700 thousand people dying from alcohol-related diseases every year. 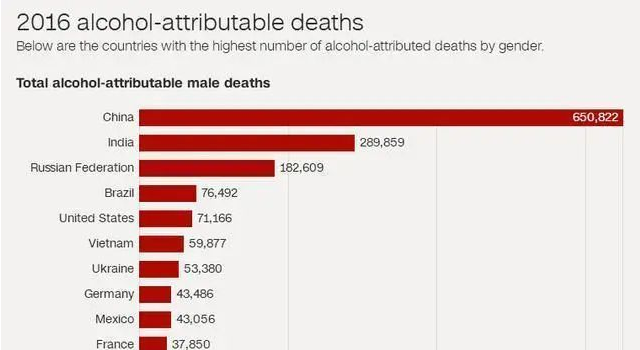 According to the newest report by The World Health Organization (WTO) , there is around 3 million people each year who have passed away due to excessive drinking. Excessive drinking is detrimental to our health. The biggest reason for death is alcohol-related trauma, for example, drunk driving, violence and different diseases initiated by alcohol which caused accidental deaths; 21% of cases were caused by diseases in the digestive system; 19% of cases were cardiovascular diseases. Alcoholism are also related to infectious diseases, cancer, mental illnesses and other diseases.

Doctors told us that through consuming an excessive amount of alcohol, every glass of alcohol harms your liver once more. By being seriously drunk, the harm caused on the liver correspond with the seriousness of getting hepatitis once.

The Truth behind Unhealthy Drinking

Drinking is inherently not scary, however, drinking unhealthily will lead to the production of too much acetaldehyde which is the real culprit behind all the alcohol related diseases.

An excessive amount of acetaldehyde not only damages the DNA and causes mutation, it is related to aging of the brain, worsened immunity, bone fracture and changes in folic acid metabolism etc.

Alcoholism is detrimental to our bodies, especially to the liver. Around 90% of alcohol is metabolized in the liver. Even if you didn’t drink till you’re drunk, excessive drinking for a long period of time will harm the liver. This will lead to alcoholic hepatitis, liver fibrosis, cirrhosis and liver cancer.

The metabolization of alcohol has two steps:

First Step: Under the effect of ethanol dehydrogenase and coenzyme (NAD+), alcohol (ethanol) is converted into acetaldehyde.

Second Step: Under the effect of acetaldehyde dehydrogenase and coenzyme (NAD+), the acetaldehyde is further converted into acetic acid. Finally, it then breaks down into carbon dioxide and water which is excreted out of the body as energy.

Acetaldehyde is a carcinogen, its build up in the body can lead to liver cancer. 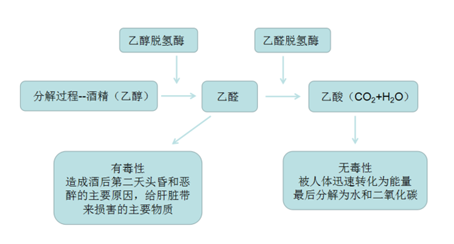 In contrast, if a person’s enzyme and coenzyme activity is high, then alcohol will be quickly metabolized as acetic acid, which then breaks down into carbon dioxide and water.

How to drink healthily?

ZJ1 NMN+PQQ is the “magic tool” to healthy drinking. 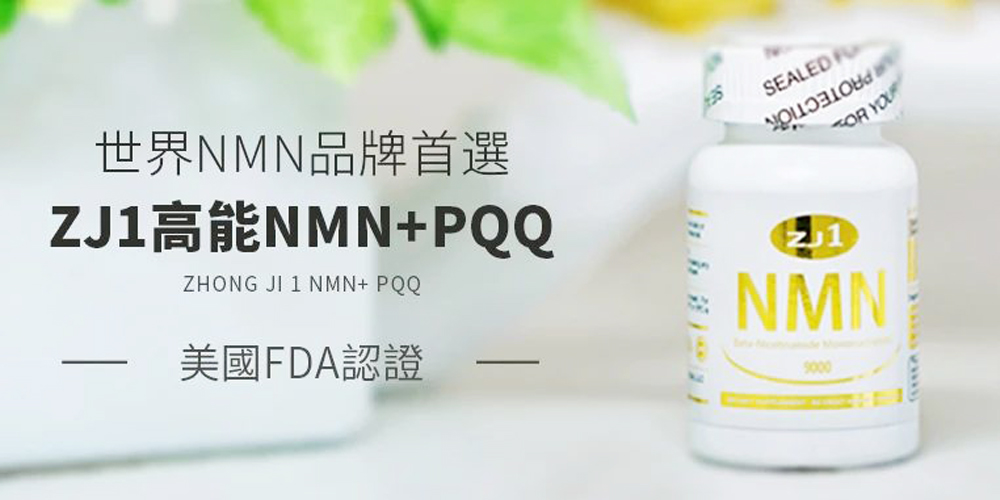 From the metabolization of alcohol, we know that the substance which accelerates the break down of alcohol is NAD+. ZJ1 NMN is NAD+’s precursor substance and it has no side effects. ZJ1 NMN+PQQ can be quickly absorbed by the human body, entering the bloodstream in 2-3 minutes, and at 15 minutes it will increase the level of NMN in our organs, which efficiently raises the level of NAD+ in the body.

ZJ1 NMN+PQQ not only contains 150mg of NMN which helps with healthy drinking, and it also contains 10mg of PQQ.

PQQ is a redox cofactor, which can help improve the function of the mitochondria. This increases human metabolism and extend our lifespan. PQQ is the strongest bioactive substance ever discovered, it can stimulate the growth of the lymphocyte B cells and T cells and further stimulate the production of antibody, which improve our overall immunity. It has been named as the “Immunity King” by the world clinical immunology community.

ZJ1 NMN+PQQ obtained FDA certification, entered the united states Pharmacopeia and is recognized by more than 140 countries worldwide. It passed the raw material and product testing by highest standard FDA certified laboratory. The testing has shown that ZJ1 NMN+PQQ rank first in safety and effectiveness among similar products.