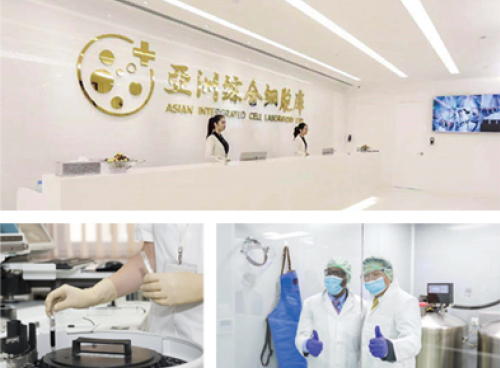 In a recent study, Johns Hopkins medical researchers found in experiments in rats and human cells that cell protein information driven by bones and fats in regulated stem cells could lead to bone remodeling. They believe that if this protein called WISP-1 is used in the human body, it may help to make fracture healing faster, accelerate surgical recovery, and possibly prevent bone loss due to aging, injury and disease. The results of the study were published online in the "Science Report" magazine on October 23, and the paper titled "WISP-1 drives bone formation at the expense of human perivascular stem cell fat formation."

Bone of the rat spine

Cell populations with regenerative strength, collectively referred to as stem cells, have the potential to develop into various cell types, including those that make up living tissue, such as bone.

Dr. Alan James, an associate professor of pathology at the Johns Hopkins University School of Medicine, said: "There is a limited pool of stem cells in our bones. It's a good idea to pick up new bones. If we can guide these The air transport of cells to the bone cells will be a huge advancement in our ability to promote bone health and healing."

For a long time, whether in living animals or in laboratories, scientists have been looking for ways to monopolize the growth and developmental pathways of these cells to repair or replace tissues that have been lost due to disease or injury. James pointed out that predecessors The study showed that a unique class of stem cells - perivascular stem cells - possessed the power to become bones or fat, and since then, a large number of research gatherings have advanced understanding of what information proteins drive this developmental shift.

James also found in the study that WISP-1 protein plays a major role in guiding stem cells.
In his new trial, James and his team collected genetically engineered stem cells from patients to block the development of WISP-1 protein. After viewing the gene movement in cells without WISP-1, they found that the four fat-causing genes were activated 50-200% compared to control cells containing normal levels of WISP-1 protein.

The team then designed human adipose tissue stem cells to make more WISP-1 protein than normal people, and found that the three genes caused by the control bone were twice as active as the control cells. The fat-driven gene activity fell 42% to support the "bone gene."

With this information, the researchers then designed a trial to test whether WISP-1 protein may improve the bone healing strength of rats after spinal repair surgery. "So surgery requires a lot of new bone cells," James said. "If we can guide the occurrence of bone cells at the bone fusion site, we can help patients recover faster and reduce the risk of complications."

In their experiments, the researchers simulated human surgery on rats, and the rest, they injected human stem cells between the blended spine bones and opened the WISP-1 pathway. After four sides, the researchers observed a high level of WISP-1 protein in the spine tissue of rats. They also watched the new bones and successfully blended the vertebrae together. In the comparative experiment, rats that did not use WISP-1 protein in stem cells did not cause bone fusion during the viewing time.

James said: "We hope that the results of our research can promote the development of cell therapy, promote the same postoperative bone formation, and use for the treatment of other bone injuries and diseases, such as fractures and osteoporosis." Next, they will go through clinical Experiments verify that the method is equally safe and useful.

The researchers also intend to explore whether reducing the level of WISP-1 protein in stem cells is conducive to the development of fat cells, thereby contributing to the healing of soft tissue wounds.
0
WordPress Image Lightbox Plugin